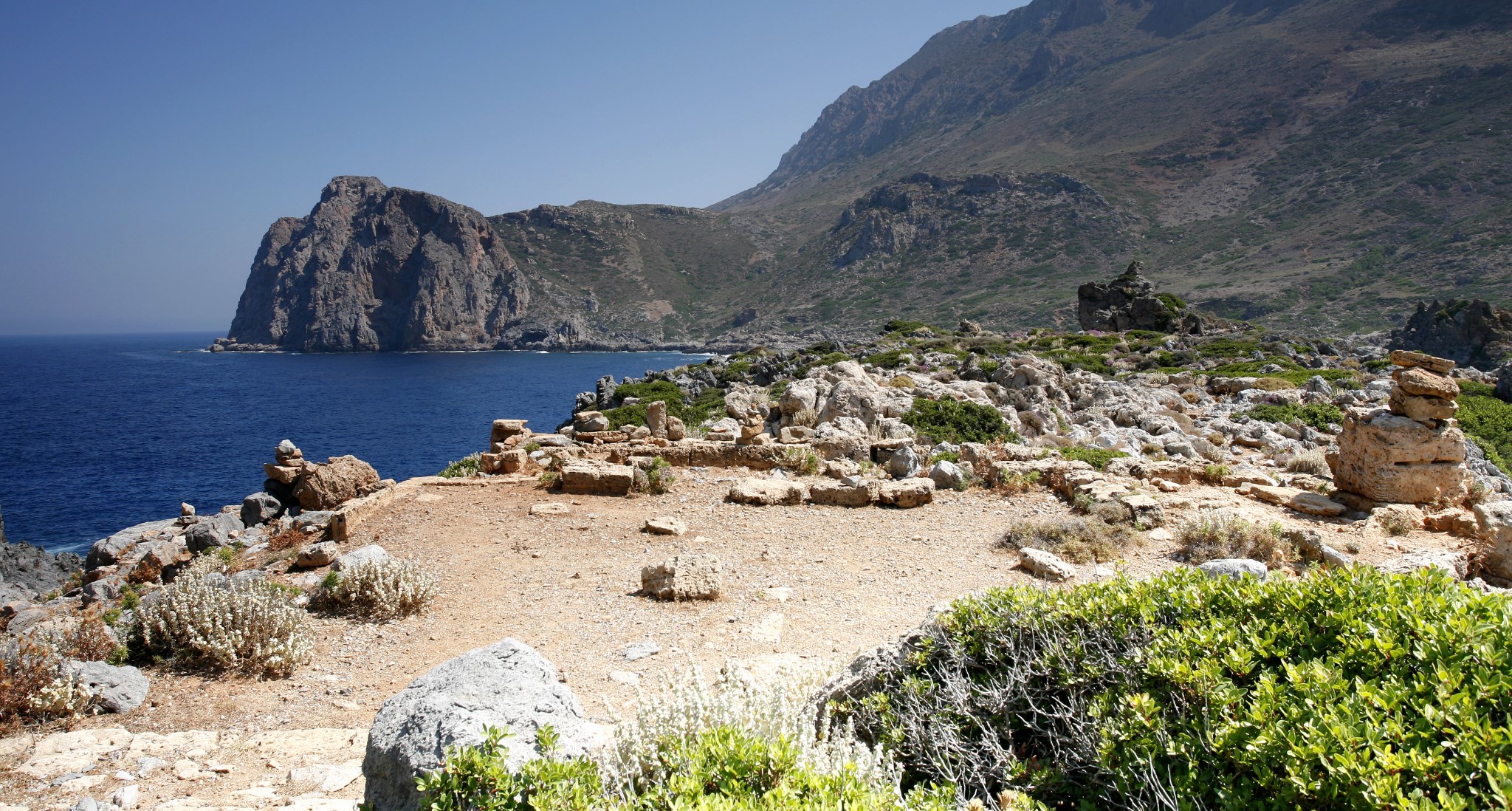 is located 59km west of Chania, and consists of 2 large beaches. The ancient maritime port of Polyrinia was located here.
The name comes from the nymph Falasarna. Falasarna was an important city of Polyrinia, which had their own currency depicting a woman on one side and the letters FA on the other.

In the ruin city you can admire the city walls, parts of the wall of the Acropolis, the remains of houses, tombs and a stone throne, which is alleged to be dedicated to the God of the Sea, Poseidon.
The ancient port is still being excavated.

Decide which cookies you want to allow. You can change these settings at any time. However, this can result in some functions no longer being available. For information on deleting the cookies, please consult your browser’s help function. Learn more about the cookies we use.

With the slider, you can enable or disable different types of cookies: